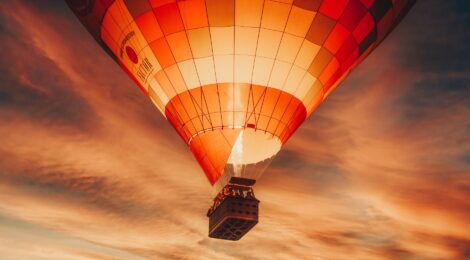 If you are having a hard time right now or feeling stuck, the wisdom of existential therapists can inspire you to get moving. Their ideas can be very profound and can have an invigorating impact on one’s life.

“Courage is not the absence of fear, but the capacity to move forward despite despair,” this is a bit of wisdom that Rollo Maya shared with us. Sometimes we can feel stuck in patterns of behavior that helped us in the past, but are working against us today. Then despair can ensue. But that is exactly what can lead to a re-examination of the ways in which they once helped, and are now not being constructive. This is the first step on the road to change.

Recognizing that the underlying condition of stuckness is actually fear can help to see the situation more clearly. Then something can be done. If we look at fear and despair from this angle, they can also be inspiring. According to May, the one who has never experienced despair has probably not lived authentically – for May, despair is a necessary preparation for freedom.

“Authentic despair is an emotion that requires facing the reality of one’s own destiny,” Rollo May believes. Accepting this can be difficult, especially if the circumstances were or are far from ideal. But acceptance releases a lot of energy. Fighting against reality requires extraordinary amounts of energy. Accepting your own destiny releases a lot of energy for creativity, as well as taking control of one’s life.

4. The wisdom of meaning

“He who has something to live for can endure almost any how,” Nietzsche was quoted as saying by Viktor Frankl. This Austrian psychiatrist, who survived many years in a concentration camp, has repeatedly emphasized that the main reason for the will to live is the meaning we feel. If we find meaning, we can survive any challenge of life – this wisdom Frankl drew from his own experience. In this way he survived a concentration camp, in which he was exposed to unimaginable suffering and witnessed the suffering of others on a daily basis. He later founded logotherapy, a school of psychotherapy that uses meaning to help people that are struggling.

5. The wisdom of intentionality

“Thus, human existence–at least as long as it has not been neurotically distorted–is always directed to something, or someone, other than itself, be it a meaning to fulfill or another human being to encounter lovingly.”  This is another thought of Victor Frankl. A human being needs a focus on something more than himself in order to survive. Maybe today is the time to try to think about how we can follow this wisdom and find that meaning.

“Our current self and situation at the moment contain a whole secret,” says Buddhist sage Alan Watts. Often our earliest parts are what we cannot accept the most. But the key to personal development often lies precisely in accepting those parts. This part is called the shadow and is essential for our psychological development.

“One doesn’t find new lands without consent to lose sight of the mainland, for a long time,” Gide says. Namely, sometimes, when the challenges are particularly difficult, many of these things may not work. In times like these it is then best to find a place that offers a sense of safety. It can also be beneficial to focus on the things one can provide for oneself in such moments.  For example, what are the three things that you can find meaning in every day?

Please send your questions or recommendations to urednistvo@existentia.com.hr

Copyright © 2019 Existentia 2019 2020 2021
Unauthorized use and/or copying of texts without reference to the original will be considered violation of copyright and is subject to legal action.